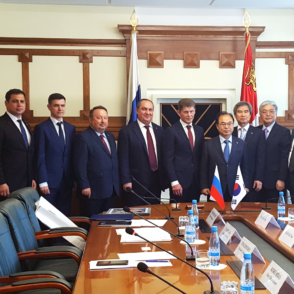 From May 22-24 representatives of the International Congress of Industrialists and Entrepreneurs (the ICIE, the Congress) for the Asia-Pacific took part in a number of international conferences dedicated to cooperation between the countries in the region in the fields of tourism and logistics, specifically the Second Conference for Cities in the Northern Economies (Russia, China, Japan and South Korea), and the Fifth Pacific International Tourism Expo (PITE).

During the meetings, representatives from the business communities in the Asia-Pacific and from the ICIE discussed partnership proposals aimed at increasing economic cooperation between the participants in the areas of logistics, maritime transport and tourism, and signed a number of memoranda on partnership.

“We hope that these memoranda will, in the future, give rise to a full, stable and mutually beneficial cooperation and serve as an example which will encourage other partners from countries in the Asia-Pacific region to begin cooperating with members of ICIE and businesses in the Russian Far East,” said the representative of the ICIE at the close of the signing ceremony. “In turn, the Congress will continue to work on promoting contacts between the entrepreneurial communities in the Asia-Pacific countries and the ICIE. We are open to cooperation proposals and will be happy to assist in implementing economic projects involving our partners from China, Japan, South Korea, and North Korea. It should also be noted that another important memorandum on partnership was signed today, between the South Korean company PanStar and the Russian-North Korean joint venture RasonConTrans.”

Also, on May 23, 2019 the ICIE representative took part in an official meeting between the mayor of Busan and the Governor of Primorsky Territory, Oleg Kozhemyako.

The two parties discussed the friendly relations and business contacts that are developing between the two regions and, at the end of the meeting, the Governor of Primorsky Territory and the Mayor of Busan signed a protocol in which they stated their intention to develop their cooperation further.

“Vladivostok and Busan have long been closely linked by warm, neighbourly relations,” said Oh Keo-don, Mayor of Busan, in a press conference held on May 24 in the Lotte Hotel. “They have been twinned cities for 27 years now and the results we have achieved through our cooperation are the fruits of a great deal of work on both sides. And we aim to achieve even greater things. To do this we need to join our efforts and cooperate more closely in the area of logistics. Speaking of which, I particularly value the project of constructing a logistical centre at of Busan’s new port, which involved ICIE entrepreneurs from Central Russia and other CIS countries.”

On the same day, the ICIE representative for the Asia-Pacific, together with the South Korean delegation headed by the Mayor of Busan, took part in the Fifth Pacific Tourist Forum, part of the Pacific International Tourism Expo.

The Pacific Tourist Forum is an annual event which has been held for a number of years, and which brings together Russian and international experts from the tourism industry.

In addition to Primorsky Territory, a number of regions in the Russian Far East and Siberia, as well as other countries in the Asia-Pacific region also made presentations on their tourist attractions and services in this year’s Forum. In previous years, China, Japan, South Korea India and Vietnam have traditionally used the Forum to showcase their tourist industries. This year Taiwan and South Africa took part for the first time. The Russian Far East’s tourism potential was represented by a number of stands, including one for the Eastern Ring of Russia – a project which includes 12 territorial subdivisions of the Russian Federation – and separate stands for Irkutsk, Buryatia, Krasnoyarsk and Kamchatka.

In addition to tourist routes, the exhibition also showcased educational programmes for students, including programmes in universities from the USA, Germany, Australia, New Zealand, and Singapore, among other countries.

Oh Keo-don, Mayor of Busan, also talked about this tendency: he emphasised that Korean tourists are very interested in Vladivostok, which, while it is geographically Asian and a close neighbour to South Korea, is also culturally European and a place where they can discover Russia’s rich theatrical heritage: in view of this, Busan plans to develop its cooperation with Vladivostok in the areas of tourism and culture.

Readers will remember that in December 2017 Oh Keo-don was named as the ICIE’s Honourary Consul for joint initiatives to develop cooperation between Busan, Russia and the other countries represented in the ICIE. In 2018 he was appointed Mayor of Busan, and he continues to be active in developing business links between entrepreneurial communities in Busan, the Russian Far East, and the other countries of the ICIE. 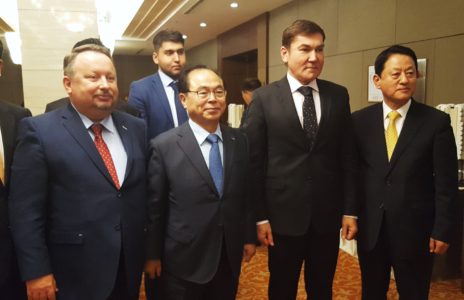 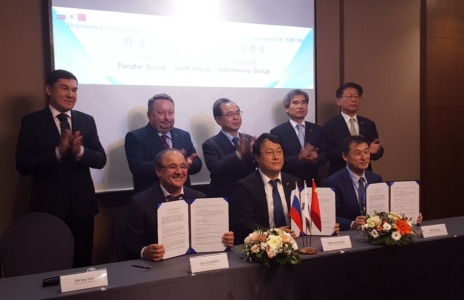 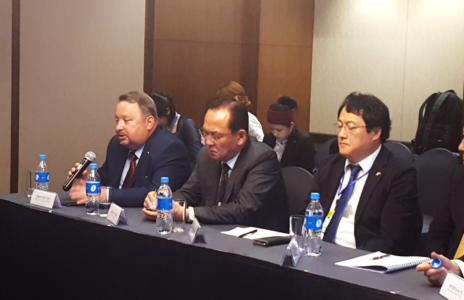 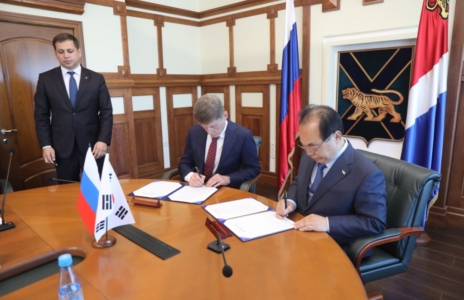 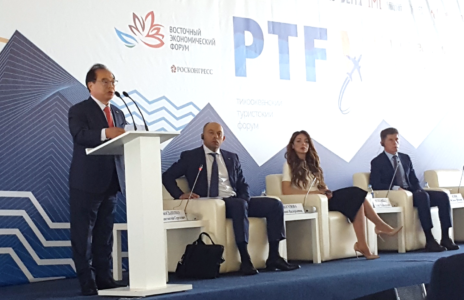 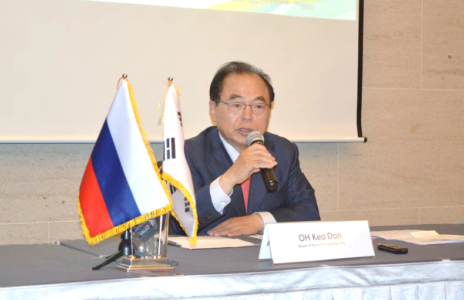