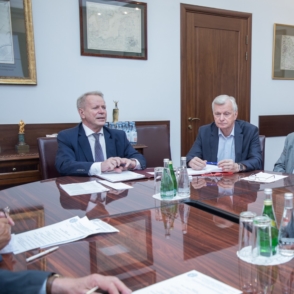 The current state of the construction sector and the prospects for its future development were discussed in the annual meeting of the International Congress of Industrialists and Entrepreneurs (ICIE) Construction Complex Construction and Assessment Association, on June 18, 2019.

Yury Vinogradov, President and Chairman of the Management Body, gave a detailed review of the work of the Association in 2018-2019 and its goals in the near future.

The key problems affecting the operation of construction markets were identified, and possible solutions to overcome the barriers that make it difficult for the Association and its foreign partners to receive orders were proposed. Proposals were made on measures to enable the Association to play a more active role in transport and agriculture-related construction, on the legal regulation of the construction sector at both the state and the industry/ corporate levels, and encouraging members of the Association to bid in tenders for major government construction projects.

In addresses to the meeting, V.I. Pavlov and E.V. Ovchinnikov argued in favour of long-overdue measures to create conditions which would allow the rapid development of construction complexes as a major element of the economy, and to promote the use of both new and established forms of project financing and crediting.

V.M. Vidmanov, in his address, emphasised the importance of the Association’s participating in a major government initiative to increase construction in rural areas, a project with a planned budget of more than 6 trillion roubles, from both state funding and private investment, over the next five years.

Vyacheslav Pshenichnikov, the ICIE’s First Acting Vice President, speaking on behalf of ICIE President Artem Chayka, warmly welcomed the participants and emphasised the importance of construction and investment activities in the ICIE’s strategy. He pointed out that the ICIE Construction Complex is one of the ICIE’s constituent structures and mechanisms. The participants agreed that one effective measure would be for the Association to prepare and submit expert proposals in support of the positions of national unions of industrialists and entrepreneurs, to high-level state and government bodies. It is essential to take urgent and effective measures to strengthen the Associations work relating to information, and this is one of the main functions of the Directorate.

Yury Aleksandrovich Vinogradov was unanimously elected as President and Chairman of the Management Body.

Vladislav Butov, the General Director of the Association, gave an address in which he introduced its new members and talked about its potential for growth and development.

The participants supported the proposal to establish a new body of the Association: an Expert Committee on Strategic Development, consisting of the most respected managers in the fields of construction, economics, scientific research, and business processes, which would work together with state bodies and also on an international level with foreign organisations. This influential body will be entrusted with developing promising conceptual approaches to the development of the Association, and the Management Body, the members of the Association and its many external partners would then work on implementing the ones that are most likely to be effective.

Outline proposals on the Instruction were prepared, determining the status and procedures for the work of the Expert Committee on Strategic Development – these will be confirmed in the next General Meeting.

Viktor Mikhailovich Vilmanov was elected as Chairman of the Committee (information on his life and career can be found at: https://ru.wikipedia.org ).

A document summarising the decisions made in the meeting was approved: New Trends and Practical Challenges in the Work of the Association.

At the end of the formal meeting, participants took part in business meetings and conferences to consider in further detail the issues discussed and problems addressed in the meeting. 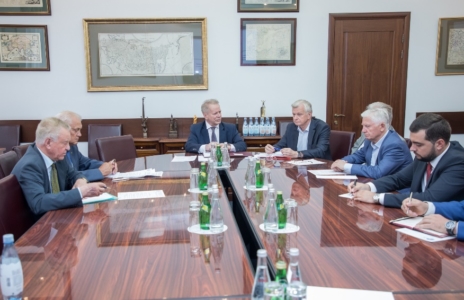 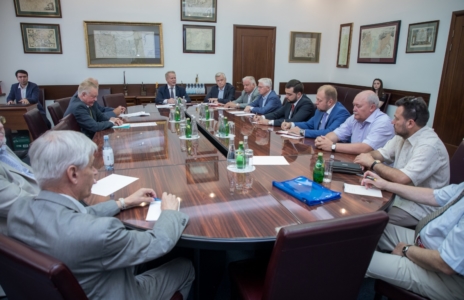