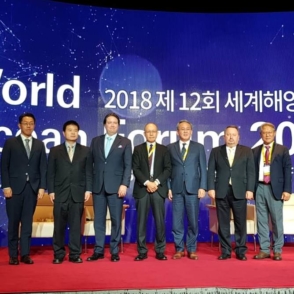 On behalf of the President of the International Congress of Industrialists and Entrepreneurs (МКПП, ICIE), the head of the ICIE Representative Office in the Asia-Pacific region participated in the World Ocean Forum, which was held in Busan, Republic of Korea.

He made a presentation on the development of international cooperation in the development of the Northern Sea Route and shipbuilding, and noted the unique geopolitical position of Russia in the Arctic region, focusing attention on the fact that the most extensive offshore zone in the World Ocean, possessing unique resources, adjoins the Russian Arctic coast.

“None of the urgent problems of the modern Arctic can be solved without Russian active participation and support,” noted the head of the ICIE Representative Office in the Asia-Pacific region. “For Russia of the 21st century, the Arctic is a reserve of geographical space, a potential source of major natural resources, arena of application of the forces of the younger generation”.

“The Arctic region is very important for the Arctic countries, so it has always been considered, in particular, by our country, as a territory of peaceful dialogue and cooperation with other countries in the scientific, economic, environmental and transport spheres”, – the speaker noted.

The annual World Ocean Forum, which has already become traditional, provides a unique opportunity to exchange information and build relationships with representatives of the global ocean and sea community, leading industry experts and research groups, representatives of business communities, and government organizations, helping to strengthen cooperation between the Republic of Korea, Russia and other countries represented in the ICIE. 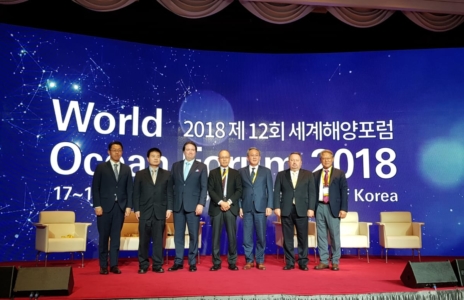 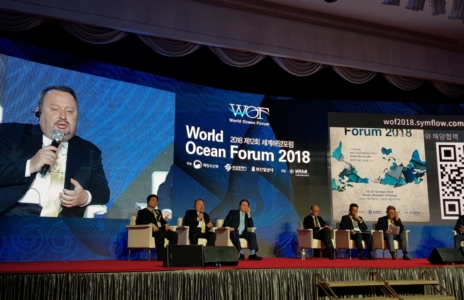