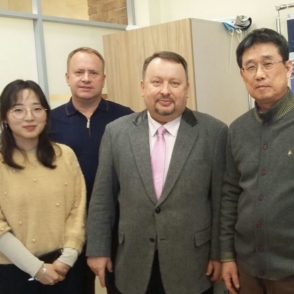 With the assistance of the International Congress of Industrialists and Entrepreneurs (ICIE or Congress) the talks were held on the possible participation of representatives of South Korean business in the implementation of the construction project in Vladivostok, a multifunctional complex with the fish market.

Construction of this multifunctional cultural and leisure complex in Vladivostok with a fish market on the Korabelnaya Embankment is carried out in fulfillment of the instructions of the President of the Russian Federation on the creation of fish markets in the Far Eastern Federal District. The model of the complex was presented to the President of Russia Vladimir Putin and President of the Republic of Korea, Moon Jae-in at the 3rd Eastern Economic Forum, held in Vladivostok on September 6-7, 2017.

With the assistance of the ICIE, the initiator of the project LLC AquaHolod Company in August 2017 signed a Memorandum of Understanding and Cooperation on the project with the Far East Future Economic Forum (Republic of Korea), which last year also became a member of the Congress.

During the talks, the President of the Forum, Mr. Lee Sung Yong, spoke about the work carried out within the framework of the Memorandum and noted the serious interest of the South Korean business in implementing this project, which is being considered in the framework of the policy put forward by the President of the Republic of Korea Moon Jae-in, to intensify relations with the “northern countries, “including with Russia. At the same time, attention was focused on the significant interest of South Korean companies in the work within the Free Port of Vladivostok.

Representatives of LLC AquaHolod thanked the South Korean partners and the ICIE for assistance in presenting and promoting the project abroad, noting that the Russian side is also interested in studying foreign experience in constructing similar facilities using the latest technologies and organizing effective project management.

At the end of the talks, the parties agreed to continue work aimed at attracting financial resources, modern technologies and equipment needed to build a multifunctional complex with the fish market. In addition, an agreement was reached on joint work to assist the promotion and implementation of bilateral economic relations in the Far East of Russia and the Republic of Korea, the development of initiatives to create favorable conditions for the development of Russian-Korean cooperation, as well as attracting South Korean investment in the development of the fishing industry, logistics , shipbuilding and mariculture in the Far East. 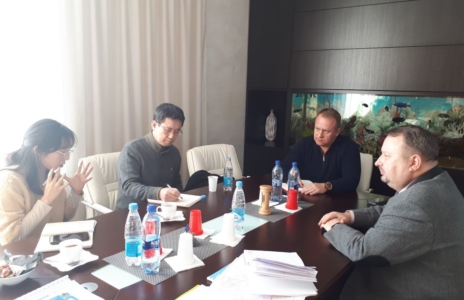 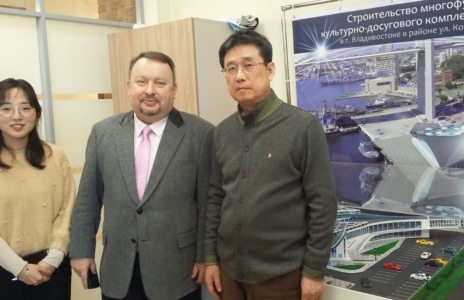 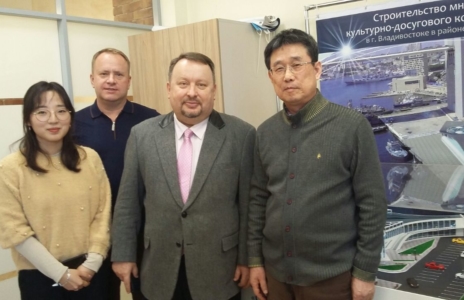