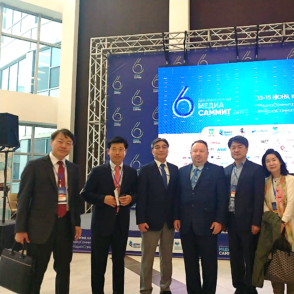 Media Summit has been held in Vladivostok for the sixth time. Participants who took part in events at the Summit included the Head of the International Congress of Industrialists and Entrepreneurs (ICIE) Asia-Pacific Representative Office, as well as other partners and members of the Congress who were invited.

Media Summit is held in Russia’s Far East, the Far Eastern Federal District, and hosts the largest international conference in the industry, bringing together experts in the field of media, public relations and IT.

The number of visitors the Summit receives is constantly growing – last year more than 5 thousand people attended the event, while the this year’s summit draw in a crowd of about 7 thousand participants.

A plenary discussion took place on the opening day on June 13, and there were sessions that government representatives, young journalists and bloggers arrived at the Summit to take part in. A total of over 70 sessions were organized for the participants, including debates, master classes, interactive games and round table discussions.

During the sessions and round table discussions, the Head of the ICIE Asia-Pacific Representative Office discussed how digital technologies are developing and their role in the working lives of modern media services together with the summit participants. The ICIE Representative also took part in the discussion on “Media Communication and New Media: the Element of Soft Power in the Asia Pacific Region”, with foreign journalists from China, South Korea, North Korea and Japan in attendance.

Representatives of Primamedia Korea were one of the media outlets to receive an invitation, whose representative office was opened on March 7, 2019 with support and assistance from ICIE in Busan. 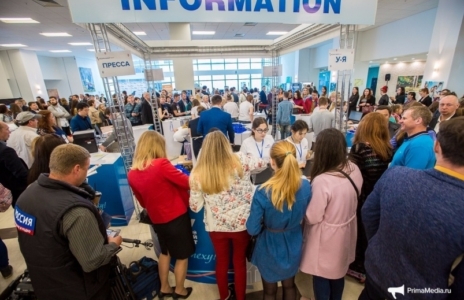 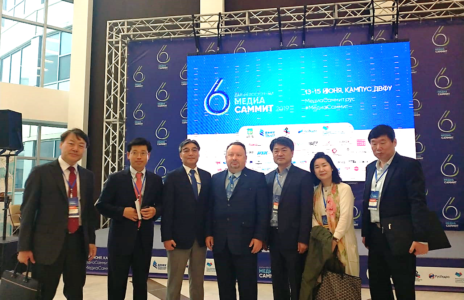