President Artem Chaika and Extraordinary and Plenipotentiary Ambassador of the Republic of Bulgaria in the Russian Federation Boyko Kotsev noted the historical, cultural and economic ties between the countries and have expressed hope that despite all political differences, the interstate cooperation will continue both in the cultural and economic spheres.

The International Congress is actively cooperating with Bulgarian business,  this cooperation dates back to 1992. At the moment, two national unions of Bulgaria are members of ICIE – “Confederation of Bulgarian Industry” and  «Produced in Bulgaria» – Union of Small and Medium-sized  Enterprises. 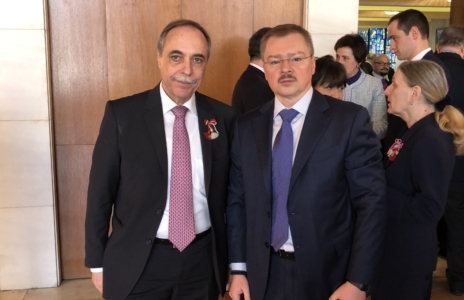