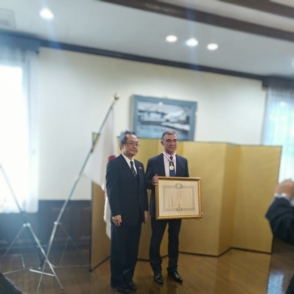 The prestigious Order of the Rising Sun has been awarded to Victor Lavrentievich Larin, Senior Scientific Researcher at the Institute of History, Archaeology and Ethnography of the Peoples of the Far-East, Head of the Centre for Asia-Pacific Research, a Scientific Research Institute, and Professor and Corresponding Member of the Department of Global Problems and International relations at the Russian Academy of Sciences. The award was presented in person by Koichiro Nakamura, the Japanese Consul in Vladivostok.

“The order has been awarded to a person who has built up very good, friendly relations with Japan. This is a great honor for a foreigner. This order is only awarded very rarely,” observed Mr. Nakamura.

Vladimir Larin is a specialist in oriental studies, international relations and foreign policy. His key fields of research include relations between Russian and Chinese regions and border territories, international migration in Russia’s eastern regions, and the role of public opinion in the development of foreign relations in the Russian Far-East. He also works as a public expert for the International Congress of Entrepreneurs and Industrialists (ICIE), advising it on matters related to the economic and political development of countries in the Asia-Pacific region, and he participates in events organized by ICIE representatives in the Asia-Pacific region in order to promote the development of links and contacts between ICIE members and the business communities in that region.

Together with the order, he was presented with a certificate bearing the seal of the Emperor Akihito and the signature of the Prime Minister, Shinzo Abe. Victor Larin is the fifth person in the Russian Far East to receive such an award.

The Order of the Rising Sun was established in 1875, and has eight classes. The award has, since it was established, only been awarded to 50 Russian citizens, mostly to scientists and people working in the arts. For example, various classes of the order have been awarded to the ballerina Maya Plisetskaya, the actor Yury Solomin and the animated filmmaker Yury Norshtein 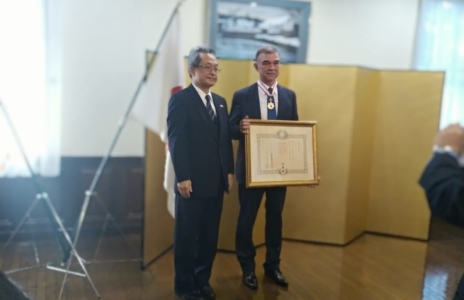 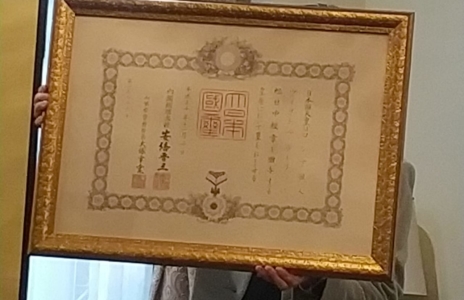