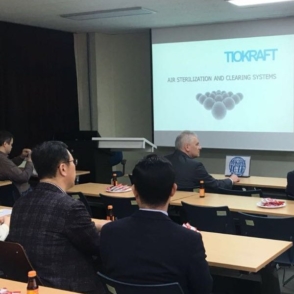 The seminar on “Photocatalytic technologies in air purification systems” was held at the National Changwon University, Busan, under the auspices of the International Congress of Industrialists and Entrepreneurs (ICIE or Congress) with the participation of representatives of the Russian research center and representatives of business and science of the Republic of Korea.

This event was organized by the ICIE Office in Primorskiy Region in conjunction with the Korean Far East Future Economic Forum, which is also a member of the ICIE, as part of the agreements on cooperation between these entities signed earlier in May and September this year.

The main goal of the seminar is to establish an initial technical cooperation between Russia and the Republic of Korea, as well as to discuss possible joint projects with the introduction of environmentally friendly photocatalytic technologies in air purification systems.

The Russian side was represented at the seminar by Balikhin Igor, PhD in technical sciences and director of the Russian company TIOKRAFT, which produces photocatalytic air purification and disinfection systems, and Sergey Berestovsky, General Director of SKC Russia.

Balikhin Igor in his speech told the Korean side about the state of developments in the field of photocatalysis in Russia, as well as the results achieved in the practical implementation of photocatalytic technologies.

The information aroused keen interest from the Korean side. Representatives of the National Changwon University, in particular, the sixth rector of the university and one of the founders of the Far East Future Economic Forum, Mr. Lee, Chan Gyu, representatives of the Korean Institute of Materials Science, as well as representatives of companies KISWIRE Co., Ltd., DAEDONG PACIFIC Co., Ltd. and the representative of the Kyongnam Regional Small and Medium Business Office Mr. Park, Gyu-Taek participated in the discussion, including discussion of possible projects on joint production of such systems. 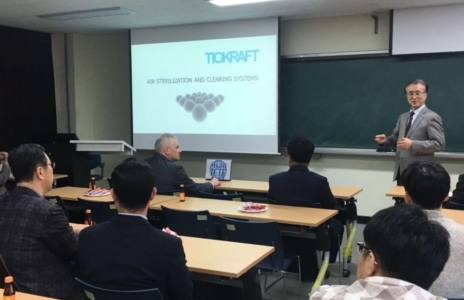 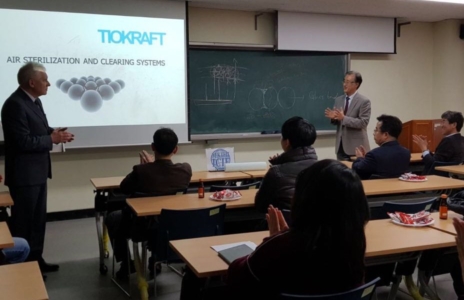 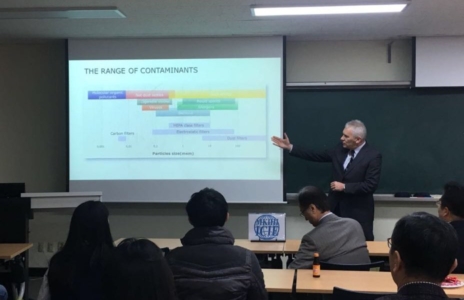