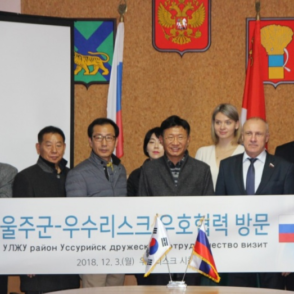 On 3 December 2018, a meeting between representatives of the Ussuriysk Duma, Primorsky Krai, and a South Korean delegation from Ulju County took place, with support from the International Congress of Industrialists and Entrepreneurs (ICIE).

Ulju is an administrative division of Ulsan, one of the biggest industrial cities in South Korea, known as South Korea’s industrial capital or its commercial capital. Ulju is home to 230,000 residents. It is the wealthiest county in all of South Korea, and is also famous for its pear farming.

The meeting between the delegation from Ulju County and the Ussuriysk Duma representatives was organized by the Congress at the request from the Korean side, who expressed interest in establishing long-term cooperation with the city of Ussuriysk in various spheres.

During the meeting the two sides discussed potential joint projects, with most interest generated by the idea of organizing an exchange of youth delegations, and the possibility of Ussuriysk selling its soya and other crops to South Korea.

As a result of the negotiations, verbal agreements on cooperation were reached, and, in addition, presents were exchanged.

It is worth mentioning that the International Congress of Industrialists and Entrepreneurs is continuing to facilitate members of business associations from Primorsky Krai and from countries in the Asia-Pacific region in establishing business ties and implementing joint commercial projects in Primorsky Krai. 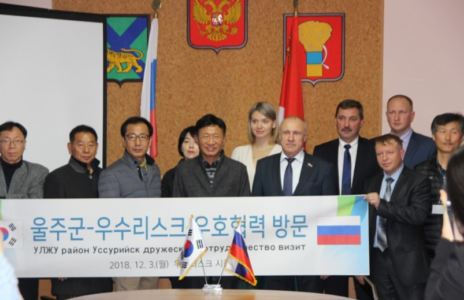 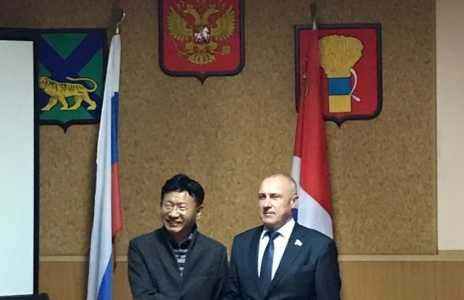 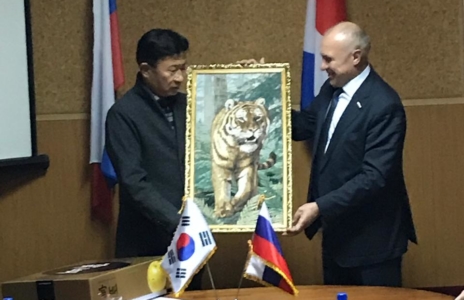