The Advisor to ICIE President and the head of ICIE Representative body in Asia-Pacific took part in the International Shipbuilding & Marine Equipment Exhibition, KORMARINE 2018, which was held in Busan, South Korea.

Currently, the international conference KORMARINE 2018 is one of the largest events in its sector to be held in the region. Its main participants include heads of shipbuilding companies, shipowners, managers and engineers in the maritime transport sphere, leaders of port authorities, and representatives of governments from all over the world.

The mayor of Busan, Mr. Oh Geo-don, presided over the conference’s opening ceremony. The event included a separate session dedicated to the issue of cooperation between business representatives from various ICIE member states and South Korea.

The speakers at the session included the Advisor to ICIE President and the head of ICIE Representative body in Asia-Pacific, as well as representatives from the Port of Sillamäe, Far Eastern Federal University (FEFU), G.I. Nevelskoi Maritime State University (Vladivostok), Dobroflot, and the Russian Federation Chamber of Commerce and Industry in Fiji. The session participants reviewed cooperation projects in the spheres of shipbuilding, fishing and maritime logistics.

The ICIE delegation members organized a separate official meeting with the mayor of Busan to exchange ideas about increasing economic collaboration between the business communities of Russia, ICIE member states and Busan.

At the end of the meeting the representatives of the International Congress expressed hope that the agreements on cooperation reached at the separate session and the conference KORMARINE 2018 will become yet another step forward on the path towards realizing the “nine bridges” plan on developing ties between South Korea and the Russian Federation proposed by South Korea’s President Moon Jae-in. 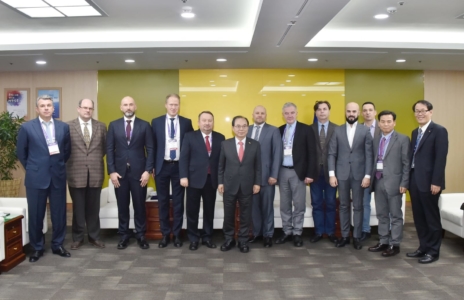 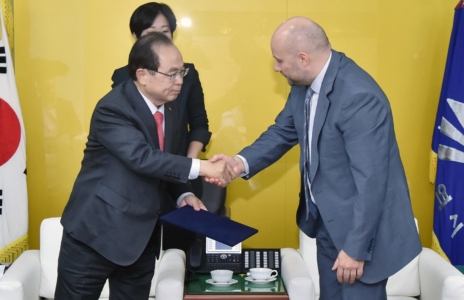 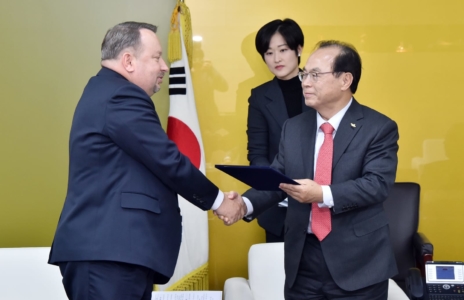