Representatives of the International Congress of Industrialists and Entrepreneurs (ICIE or Congress) took part in seminars and business negotiations taking place on the site of the IV Eastern Economic Forum.

The Forum was included in the list of important events of world politics. For 3 years, the Eastern Economic Forum has become a major international communication platform focused on the priority development of the Russian Far East and integration with the economy of the Asia-Pacific region.

Over the past two years, the ICIE Representative Office in the Asia-Pacific region has been actively supporting the promotion of South Korean projects jointly implemented with Russian companies in various sectors of the economy of the Far East of Russia, among which the most capacious are the shipbuilding, shiprepairing and fishing industries.

As the result of work and participation of the ICIE office in this area during two years was the entrance to a new qualitative stage, marked by the end of the technical and economic study of the parties to the projects and the signing of the agreements.

Such projects are the construction of a plant on the territory of advanced economic development “Nadezhdinskoe” for deep processing of fish products, produced in the Pacific, and the construction of small fishing vessels at the Slavic Shipyard in Primorye in cooperation with South Korean companies.

The joint implementation of the first project with the assistance of the International Congress was agreed by the companies OYANG SEAFUD LLC and Fish World LLC.

Recall that the plans for the construction of a factory for processing pollack caviar Oyang Seafood LLC in Primorsky Krai became known in October 2017.

The investor signed the agreement with the “Corporation for the Development of the Far East” JSC (a management company that is defined by the government of the Russian Federation for managing the territories of advanced development and the Free Port of Vladivostok).

The construction of the production complex should begin in the territory of the advanced development “Nadezhdinskoe” in late 2018. As part of the project, Oyang Seafood already signed an agreement with the Corporation for the Development of the Far East on the lease of a land plot of 30,000 square meters on preferential terms as a resident of the territory of the advanced development for the construction of a plant with concomitant infrastructure. In turn, the company “Fish World” will assist in adapting the project to the conditions of the Russian market and the construction of a fish factory in accordance with the norms of Russian legislation.

The new plant will allow not only to create new jobs in Primorsky Krai, but also thanks to Korean and Japanese technologies will make it possible to process Russian fish raw materials and semi-finished products in the Primorsky Territory. Thus, the finished products can be sent immediately to supermarket counters in Russia and in the Asian-Pacific area countries with high added value.

Raw materials for production investor intends to acquire on market terms directly from the Far Eastern fishing companies that are fishing in the Pacific. The volume of investments at the first stage in the construction of the plant and treatment facilities is 14 million USD.

In turn, the Russian group of companies Berkut, which is the main owner of the Slavic Ship Repair Plant, and the South Korean company IMT MARINE CO., LTD, also agreed on cooperation in shipbuilding with the assistance of the ICIE.

The agreement on the establishment of the Russian-Korean shipyard in Slavyanka was signed by the parties back in April 2018. September 12, 2018 at the Eastern Economic Forum was signed an agreement on investment and technical cooperation in the project to create a joint shipbuilding production in the Slavyanka village of Khasansky district of Primorsky Krai between the “Berkut”company, IMT MARINE CO., LTD. and CREA Virtual Link Co., Ltd. This event was noted in the speech of Prime Minister of the Republic of Korea Lee Nak-yeon in the plenary session on the IV Eastern Economic Forum.

One of the latest events in the framework of the EEF, in which the ICIE Representative Office in the Asia-Pacific region took part, was the solemn signing of the Memorandum of Understanding and Friendship between Vladivostok, Russia, and Ulsan, Republic of Korea.

Ulsan is a modern large industrial port city with a population of over one million inhabitants, located near Busan. It is also known as the “Capital of the economy of the Republic of Korea” or “The capital of the industry of the Republic of Korea”, where the factories and shipyards of the world famous Hyundai are located, as well as one of the world’s largest refineries owned by SK Energy.

The port of Ulsan is the third largest in Korea and the first transshipment of oil products and liquefied gas to Korea. The export and import turnover of the port is 100 billion US dollars per year.

ICIE Representative Office strongly supported the beginning of contacts between the two municipalities, thanks to which it was possible to sign a joint document and an agreement between the heads of the two cities on cooperation in energy, oil production, culture and tourism.

The International Congress of Industrialists and Entrepreneurs, at the conclusion of the Forum, will continue to assist representatives of the business community of Russia and the APR countries in establishing business contacts and implementing joint economic projects. 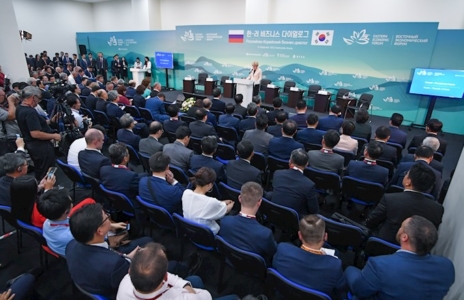 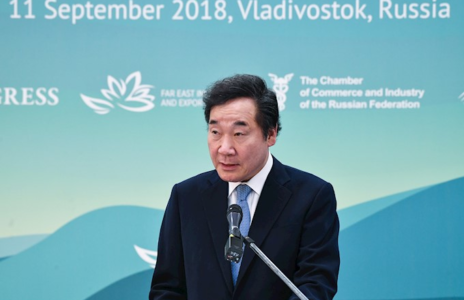 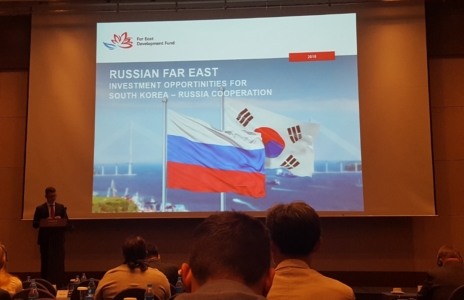 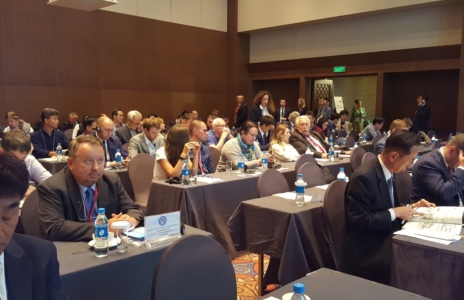 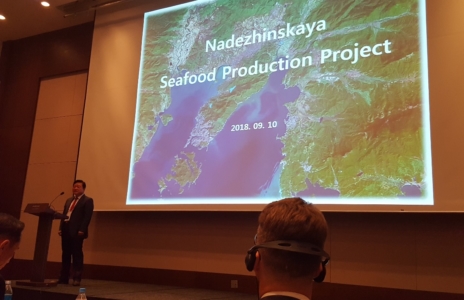 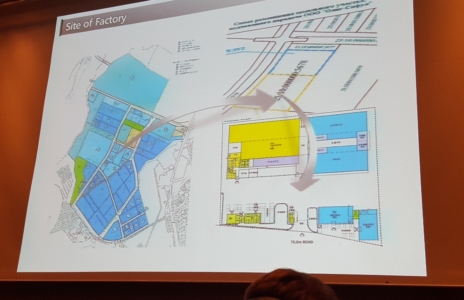 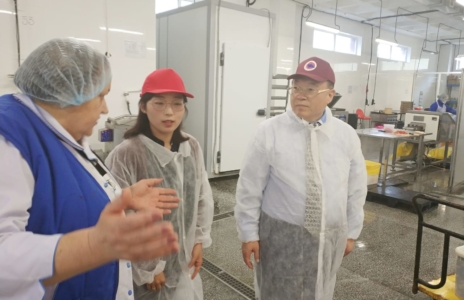 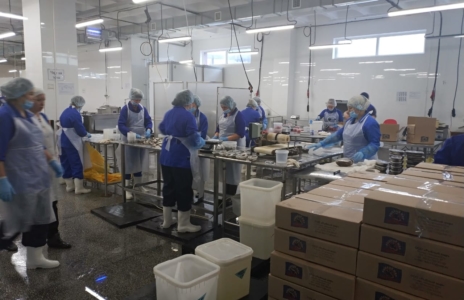 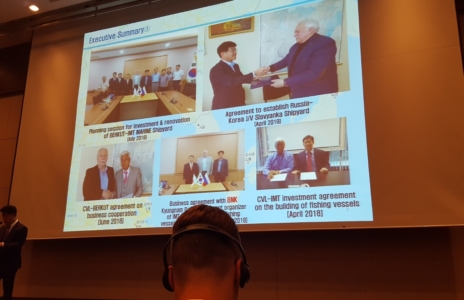 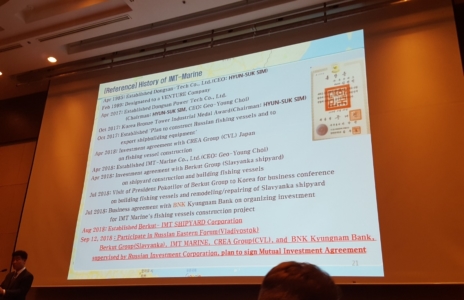 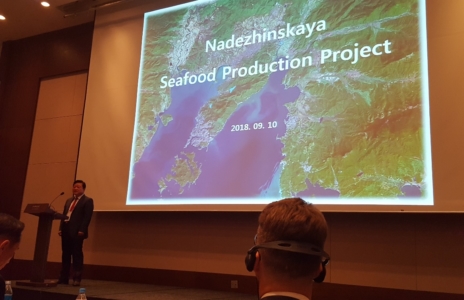 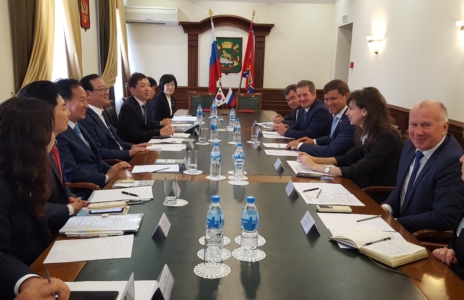 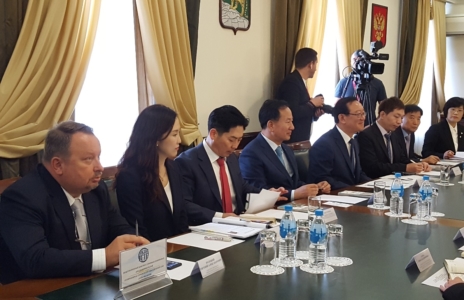 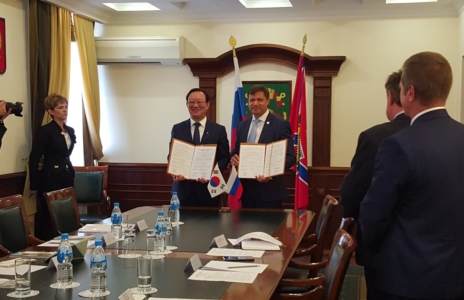 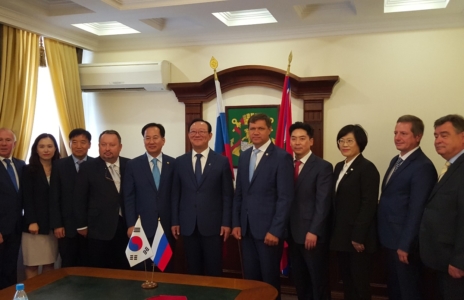