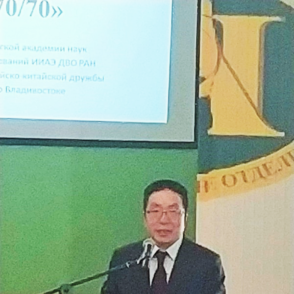 The head of ICIE’s Asia-Pacific Region (APR) representative office took part in the applied research seminar, “China – Russian Primorye70\70,” which was held in Vladivostok in the House of Scientists of the Russian Academy of Science’s (RAS) Far East branch.

The event was opened by China’s Consulate General in Vladivostok, Mr. Yan Wenbin who, as part of his speech also promoted Xi Jinping’s book, The Governance of China.

“Today we are hosting seminars on the occasion of the seventieth anniversary of the establishment of diplomatic relations between China and Russia, consolidating the experience of cooperation of our two countries over the past 70 years, and surveying the prospects of bilateral relations in the future,” noted the Consulate General. “During the previous years, Sino-Russian relations have become most important for the entire world, and are also a good example of relations for governments in the modern world.”

Currently, with business cooperation in the field of economics and trade, investments and the humanities, Russia and China have achieved productive results, which have brought real benefits to the peoples of both countries. Accordingly, in 2018 the volume of bilateral trade between Russia and China topped 100 billion US dollars, which is a record indicator for the entire history of relations. In turn, the volume of trade between Primorsky Krai and China last year reached 4 billion US dollars, which is 24% higher than the year before.

Bilateral cooperation in cross-border infrastructure projects are developing successfully, especially in such projects in Russia’s Far East as construction of international transport corridors Primorye-1, Primorye-2, the Nizhneleninskoye – Tongjiang railroad bridge across the Amur river, and the Blagoveshchensk – Heihe automobile bridge.

The Consulate General appealed to the seminar’s participants, which included the Vice-Governor of Primorsky Krai, Chairman of Vladivostok’s Duma, as well as representatives of the science and business communities, to use the favorable opportunities created by the high level of intergovernmental relations for the development of cooperation and attraction of a larger stream of Chinese investments to Primorsky Krai.

In his turn the head of ICIE’s representative office noted the readiness of the Congress to assist entrepreneurs in establishingcontacts and developing economic cooperation, including with companies from countries with representation in ICIE.

We should recall that relations between our two countries experienced some ups and downs, but in 1989 they were finally normalized. Since then, Sino-Russian relations have been developing at a quick pace, and in 1996 relations of a global strategic partnership and collaboration were officially established, which permitted bilateral relations to reach their highest level in history.

This year Russia and China will continue hosting a series of large events. Accordingly, in April of this year Vladimir Putin, President of the RF, will travel to China to participate in the 2nd internationalBelt and Road forum, and in June China’s Chairman Xi Jinping will visit Russia and take part in the St. Petersburg International Economic Forum. 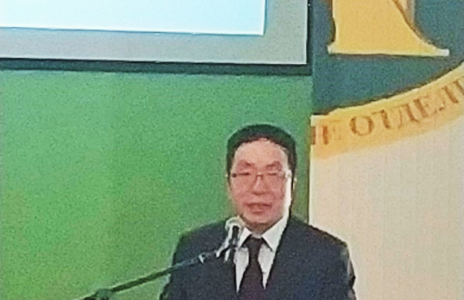 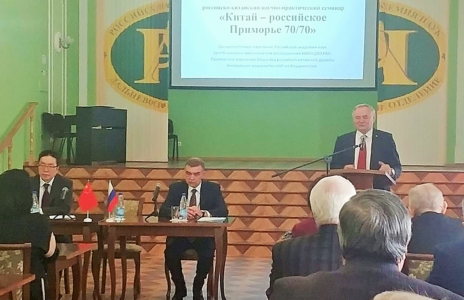