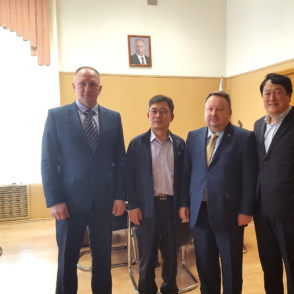 The head of the ICIE Representative Office in Asia Pacific (APAC) organized a meeting between Kim Young Kwan, the Standing Adviser of South Korea’s PanStar (a logistics business), and the leadership of Primorsky Krai’s “Ussuri mill” Co. Ltd. (a grain elevator), one of the largest production and operations enterprises in the Russian Far East specializing in storing and processing grain.

A discussion about possible cooperation between the two sides in transporting grain from Primorsky Krai to the Republic of Korea (ROK) was facilitated by the ICIE.

Russia is one of the biggest wheat exporters, which is why the PanStar company is planning to launch a passenger and freight service from Busan to Vladivostok that will allow moderate shipments of grain to be transported from the Primorsky Krai’s elevator to South Korea.

Following the meeting, the Standing Advisor of ROK’s enterprise made a decision to arrange a trial run using a Roll-on/roll-off (RORO) type of vessel along the route. The ship is due to arrive in Vladivostok’s port at the end of August or the beginning of September 2019, and it will ship approximately 200 grain containers to South Korean businesses (consumers).

The head of ICIE’s Representative Office in APAC expressed his willingness to continue facilitating further collaboration efforts between companies in the Russian Far East and businesses in the ROK.

We can recall that Kim Young Kwan had already paid a visit to Vladivostok this year in order to research the possibility of cooperating with Russian enterprises in the passenger and freight transportation sphere.

At the time, the ICIE facilitated a number of meetings between the delegation from South Korea and representatives from the Administration of Primorsky Krai, and the leadership of Vladivostok’s Morskoy Passazhirskiy Terminal, MORTEK-DV and the InterMarine Cruise & Ferry Management Corporation. The delegation also met with the head of the Directorate for Construction and Operations of Russian Cross-Border Facilities, Vladivostok’s branch of the Federal State Budget Institution, in order to discuss the specifics of doing business in the sphere of logistics in Russia including Primorsky Krai. 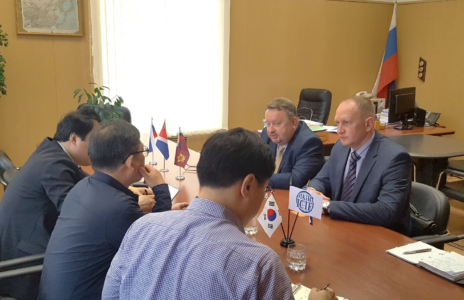