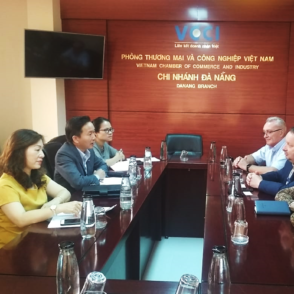 With the support of the International Congress of Industrialists and Entrepreneurs (ICIE), a memorandum on cooperation in sharing of information was officially signed on May 16, 2019, in Da Nang, in the Socialist Republic of Vietnam.

On May 16, 2019, in Da Nang, the head of the ICIE representative office in the Asia-Pacific Region took part in a meeting with the head of the Da Nang branch of the Vietnamese Chamber of Trade and Industry. The meeting included a ceremony for the signing of a Memorandum on cooperation in sharing of information between the ICIE, the Da Nang Chamber of Trade and Industry, the Primamedia Information Agency (Russia) and Primamedia Korea, the agency’s branch in the Republic of Korea.

Under the agreement, which was signed in the presence of Andrey Brovarets, the Russian General Consul in Da Nang, the parties will exchange, and publicise in the media, news and information about events to be held in countries represented in the ICIE, and Russia, the Republic of Korea and Vietnam, and also promote the tourism sector and the potential for business cooperation.

At the end of the ceremony, the participants in the meeting went on to discuss other joint projects aimed at promoting economic cooperation between the countries represented by the members of the ICIE, and Russia, the Republic of Korea and Vietnam.

The head of the ICIE in the Asia-Pacific Region, and Nguyen Tien Quang and Truong Thi Kim Anh, the head and deputy head of the Da Nang branch of the Vietnamese Chamber of Trade and Industry, along with other official representatives of the Chamber, considered possible options for organising cooperation in the area of tourism, with a view not only to increasing tourism from Russia and the Republic of Korea to Vietnam, but also to encouraging Vietnamese tourists to visit Russia.

Other issues discussed included possible cooperation in the fishing and fish-processing sectors, and in the shipbuilding and ship repair sectors, and also the possibility of recruiting Vietnamese labourers to work on construction projects in the Russian Far East.

Background information: Vietnam is one of the largest countries in South-East Asia, with an important strategic role in the political and economic life of the region, and a significant influence on both regional and global geopolitics. Vietnam is also an important and active member of the ASEAN.

In the last 30 years Vietnam has become a manufacturing centre, and many international companies, including Intel, Samsung, Adidas, and Nike, now have facilities in the country.

As a result of the increase in manufacturing, the country’s annual economic growth rate has increased from 2.8% in 1986 to 7.1% in 2018. Last year, Vietnam had one of the world’s fastest growing economies.

It should be noted that the Vietnamese Ministry for Planning and Investment has issued a provisional plan for economic policy in the country up until 2035. Under this plan, the country’s GDP will rise to $670 billion in 2030 and $1.05 trillion in 2035. 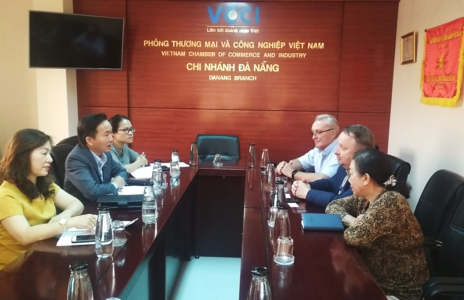 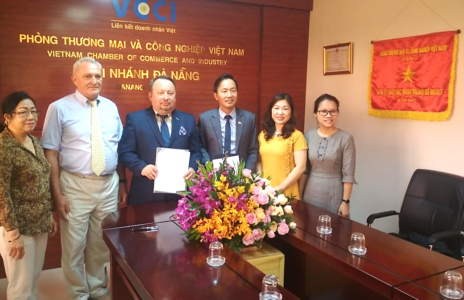