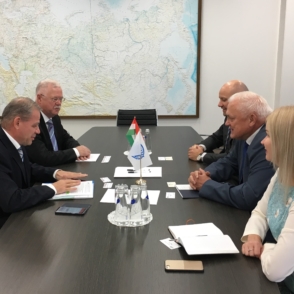 An official meeting of the delegation of the International Congress of industrialists and entrepreneurs headed by the First Executive Vice President Vyacheslav Pshenichnikov with the leadership of the Eastern Europe Business Club (Hungary), represented by President Miklosh Jasper and the Vice President György Gilan, was held at the ICIE headquarters.

The goals of the business meeting were the actualization of areas of interaction and the development of joint work plans for the near future because of the changes in the leadership of the Business Club, its structure and concept of activities.

Miklosh Jasper presented the possibilities of the structure headed by him and highlighted the most interesting areas of cooperation for the Hungarian side. The focus is still on small and medium business in Eastern Europe. In addition, proposals were made for a joint organization by the Club and the Congress of a number of thematic international events. Mr. Jashper mentioned that Eastern Europe Business Club is extremely interested in developing cooperation with the Eurasian business community and counting on the assistance of the International Congress of industrialists and entrepreneurs on this issue.

The First Executive ICIE Vice President Vyacheslav Pshenichnikov assured the leadership of the Club that the Congress would support the activities of their organization, including specific practical projects of Hungarian colleagues. It was also decided on the basis of the analysis of the membership base and mutual consultations to determine the mutual business needs of the ICIE members and the Business Club and to develop effective mechanisms for their satisfaction.

The outcome of the meeting was the development of a “road map” of cooperation between the Business Club and the ICIE for the near future.

The Eastern Europe Business Club (until 2017 – the Hungary-CIS Business Cooperation Club) has been a member of the Congress since 2013, has been working in Hungary for 25 years as a public organization whose goal is to promote business cooperation between Hungarian enterprises and business circles of partners operating in the Eastern European region. In 2017 there was a change of name due to changes in the format of activities, management and changes in the Charter of the organization 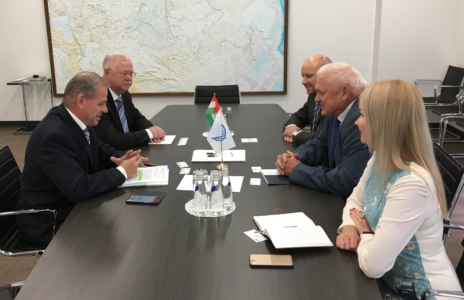