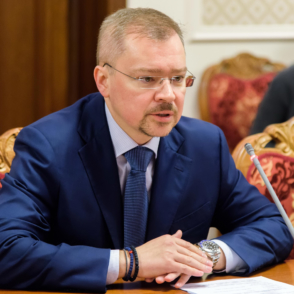 President of the International Congress of Industrialists and Entrepreneurs (ICIE) Artem Chayka is elected to the Board of the Russian Union of Industrialist and Entrepreneurs (RSPP). The election of the new Board took place at the regular reporting and election congress of the RSPP,which was held during the Russian business week in Moscow.The decision to elect Mr. Chayka to the Board was approved by the participants of the RSPP congress unanimously.

Inclusion of Artem Chayka in the RSPP Board will give a new impetus to the development of mutually beneficial relations between the members of the ICIE and the RSPP.

The Russian Union of Industrialists and Entrepreneurs (RSPP) was established in June 1990 as a non-political organization to protect the interests of industry at the time of fast and large-scale transformations in the state politics and economy. RSPP President is Alexander Nikolaevich Shokhin.

From the very first days of its life the RSPP priorities include: promotion of the business community interests in Russian and at the international level and consolidation of Russian industrialists and entrepreneurs` efforts for business environment development; enhancing the status of business in Russia and the world; maintaining the balance of interests of society, government and business.

RSPP represents the interests of all Russian businesses irrespective of size, sector or regional location of companies. The Russian Union of Industrialists and Entrepreneurs acts in two forms – as a non-governmental organization and all-Russian association of employers, the combination which allows advocate the interests of the RSPP members most effectively given different rights and capabilities of our organizations.